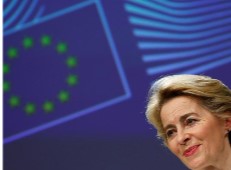 The EU executive’s president Ursula von der Leyen, who took office on Dec. 1, is due to unveil on Wednesday a first outline of her “Green Deal”, a package of regulations meant to drastically reduce carbon emissions of the 28-nation bloc. The package will include a proposed “carbon border adjustment mechanism” for selected sectors to be introduced by 2021, according to a leaked Commission document, although design and feasibility details are still being worked out. The plan could initially be tested on industries including steel, cement and aluminum, a second EU document said.

The proposal, however, is likely to face legal, economic and political constraints as outlined below. IMPORT TAX Under this option, EU importers of steel, aluminum and other products with high carbon footprints would have to buy carbon allowances, as EU producers do under the EU Emissions Trading System. This would effectively introduce an import tax and raise the price of imported goods, boosting the competitiveness of metals and other goods produced in the EU.

The aim would be to counter “carbon leakage” whereby EU industries are penalized by cheaper imports from countries that apply less strict rules to tackle climate change. However, such a move risks breaching World Trade Organization (WTO) rules, which require equal treatment of similar products and no discrimination between domestic and foreign producers. EU-WIDE CARBON TAX Compliance with WTO rules could be easier if the import levy was matched by a carbon tax on all goods, including those produced in the EU. Under this option, the carbon leakage issue could be addressed because foreign producers would pay a higher levy if they pollute more than other producers. But EU producers would then face problems, as the prices of their exports would rise, making them less competitive abroad. That could have a sizeable impact on some sectors. EU steelmakers, for instance, export more than 10% of production. An EU-wide tax would also need unanimous backing by all EU member states, contrary to most other EU decisions that are decided by a majority. Past attempts to introduce levies across the bloc have failed as governments are loath to transfer tax-raising powers to Brussels. ETS REFORM Either option would require a reform of the EU Emissions Trading System (ETS), which currently grants favorable treatment to energy-intensive industries that struggle to compete with imports from countries with more lax climate rules. Under EU regulations, steel, mining and cement are among EU sectors that benefit from free carbon allowances until 2030, because they are deemed at risk of carbon leakage. With a new carbon tax, those exemptions would need to be scrapped. EU producers fear they could lose the existing financial support in exchange for a tax on competitors that could be challenged at the WTO and could also cause retaliation from the United States and other trading partners. SEQUENCE The Commission has signaled that a carbon tax would be introduced as part of a broader review of the ETS, but it is unclear whether the two reforms would proceed simultaneously. Some EU officials have said the carbon tax would come only after the overhaul of the Emissions Trading System, which is meant to increase the carbon price, now fluctuating at around 25 euros ($27.5) per tonne. That price hike would be reached by cutting free allowances and expanding the ETS’s scope. The Commission will propose including the shipping industry in the ETS and reducing free allowances for airlines by June 2021, an internal document shows. A draft list of planned action does not include scrapping the existing favorable treatment offered to other energy-intensive industries. 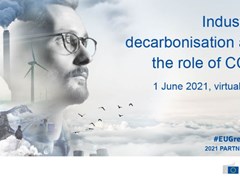 CAPTURE, TRANSPORT, UTILISATION, STORAGE
The new ECCSEL website was launched today - not all facilities shown yet