CAPTURE, TRANSPORT, STORAGE
The official inauguration of ECCSEL ERIC took place in Trondheim, Norway on 12th June 2017 and was hosted by the Norwegian University of Science and Technology.

It was organised as part of the event "Trondheim – building the foundation for the green transition" which included three celebrations in one – an EU project becoming an ERIC, new/refurbished laboratories, and the 100th anniversary of NTNU hydropower lab.

For the first time, a major European Research Infrastructure Project (ERIC), an European legal entity, is being led by a country from outside of the EU. Trondheim has now become the "EU capital of carbon management research". Starting in June 2017, more than 50 laboratories in five European countries will be coordinated from Trondheim. It is also the first ERIC to be set up in the Energy Sector.

ECCSEL ERIC has established and will further develop a world-class distributed research infrastructure to facilitate superior experimental research on new and improved CO2 capture, transport and storage techniques (CCS). ECCSEL ERIC has its statutory seat in Trondheim. ECCSEL ERIC was developed and implemented with support from the European Union's FP7 and Horizon 2020 programmes in a series of three projects coordinated by NTNU together with SINTEF (Trondheim, Norway). ECCSEL entered the ESFRI Roadmap in 2008 and is now undergoing the ESFRI Landmark review.

France, Italy, the Netherlands, Norway, and the United Kingdom are the founding members of ECCSEL ERIC, whose Operations Centre is located in the host country (Norway), in Trondheim. More countries are expected to join in the near future.

Some quotes from the event:

“Trondheim is making a name for itself as the green technology capital of Europe”, says NTNU Rector Gunnar Bovim. “This is a major vote of confidence, and we’re looking forward to getting to grips with the project. I can’t think of a better way of celebrating 100 years of energy research in Trondheim than by opening new laboratories that will provide our 1400 energy researchers with the opportunity to tackle some of our biggest contemporary challenges, in partnership with our colleagues from all over Europe”, he says.

“This celebration affirms two important facts – that international collaboration and investment in research and innovation are the recipe for meeting the targets set by the Paris Agreement and implementing the green transition”, says Bovim.

“Climate change technologies are being rolled out faster than ever”, says SINTEF CEO Alexandra Bech Gjørv. “Such technologies can create jobs and are crucial if we are to meet our climate change targets. CCS is one of the most important technologies where Norway can make a contribution, and without CCS we will fail to meet the targets set out in the Paris Agreement. We also need research and innovation in order to make CCS solutions smarter, more robust and less expensive”, she says.

“I consider it an honour that NTNU and SINTEF have been chosen to lead this European project”, says Bech Gjørv. “The ECCSEL project demonstrates that the Norwegian collaboration model, involving academia, research institutes and the public authorities, produces positive results”, she says. 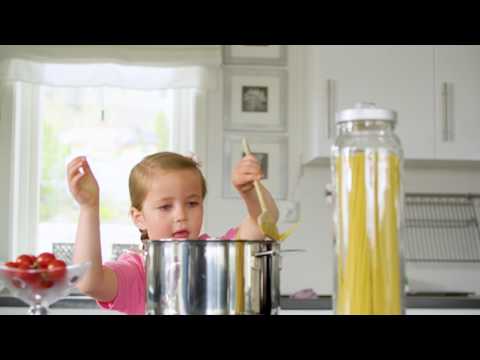 The energy movie above that was made for our laboratory celebrations in June 2017 by Spætt.

Trondheim – building the foundation for the green transition

CAPTURE, TRANSPORT, STORAGE, UTILISATION
ECCSEL successfully held the European workshop 24th of May. The event consisted of the launch of the ECCSEL ERIC Whitepaper in the morning session. In this session we enjoyed the contributions from both the European Commission, the European Parliament, Zero Emissions Platform, and ECCSEL ERIC.
News - 30 Jun 2022
Other
Other

Other
ECCSEL ERIC will in September 2022 open the second of two Transnational Access calls. The call funds access to ECCSEL ERIC research facilities and is open for applications from industry, SME’s, universities, and research institutes.
News - 30 Jun 2022
Other
Other

Other
ECCSEL ERIC and the ECCSELERATE project held our General Assembly meeting on 23rd and 24th of June at TNO in the Hague, Netherlands.
News - 30 Jun 2022
STORAGE
STORAGE

STORAGE
The grand opening of the SINTEF and ECCSEL ERIC Pore Imaging Laboratory was held on May 3rd in Trondheim, Norway