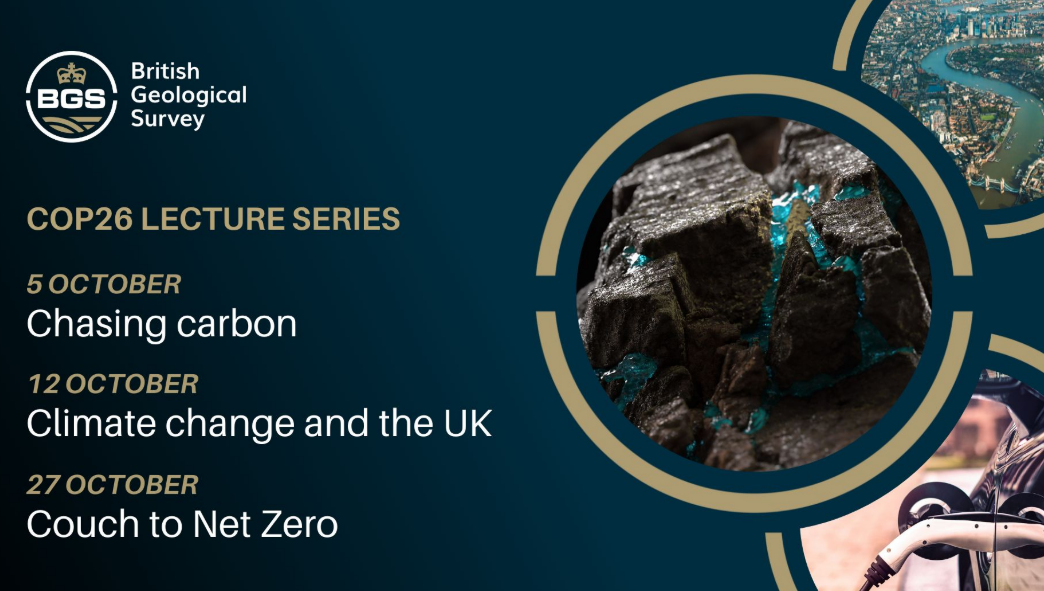 Throughout October, British Geological Survey (BGS) experts together with UKRI and NERC will present a series of lectures with a focus on geology and the subsurface. This will  be done in preparation for the annual United Nations Climate Change Conference (COP26) in Glasgow in November 2021. As part of BGS’ Geoscience Solutions for Net Zero campaign, the lectures will feature a range of topics delivered by experts in geoscience.

The United Kingdom, through its presidency of the COP26, is urging countries and companies around the world to share its aim of delivering sustainable growth and a net zero carbon emission economy by 2050 and ensuring that the amount of carbon we add to the atmosphere is no more than the amount we remove. The crucial role of geoscience in creating a more sustainable, prosperous planet will be the focus of a series of free, virtual lectures being held online by the British Geological Survey in October. As part of BGS’ Geoscience Solutions for Net Zero campaign (#Geo4NetZero), they will feature a range of topics delivered by experts in geoscience.

With an increasing human population and rising demand for natural resources, concerns about a changing climate, rising sea levels, food and water security, and natural hazards, it is essential that we fully understand our Earth systems and embed these observations into actions for sustainable planet. #Geo4NetZero is an online campaign which aims to increase awareness around the vital role of geoscience in supporting the UK’s net zero ambitions.

The program for the lectures:

- 12th October: Climate change and the UK: geoscientific perspectives on mitigation and adaptation

- 27th October: Couch to Net Zero: what do geology and climate change mean for you?

More information and registration links for the webinars can be found here: https://www.bgs.ac.uk/news/bgs-launches-climate-action-lectures-series/ 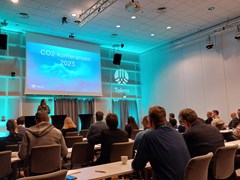 EPOS ERIC and ECCSEL ERIC sign a Memorandum of Understanding

Other
A Memorandum of Understanding (MoU) has been signed between EPOS ERIC and ECCSEL ERIC.
News - 18 Oct 2022
Other
Other