The X-to-Liquids plant is designed to test processes for liquid fuel production from captured CO2 and hydrogen (from renewable sources), but also from coal/biomass syngas. Moreover, the system allows to perform catalyst screenings. In its complete configuration, the XtL plant is made up of a bench-scale fluidized-bed gasifier for syngas production from coal and/or biomass, a purification section of the syngas and a highly flexible section for syngas or CO2 conversion into liquid fuels. For flexibility reasons, the plant is manufactured as two independent units with possibility of connection to feed the clean gaseous products from the gasification unit into the second unit for liquid fuel production. As the gasification reaction takes place at atmospheric pressure, gaseous products can be compressed to the desired pressure level before being fed into the second unit. As for the gasification section, air, oxygen, carbon dioxide and steam, or combinations of them, may be used as gasification agents. It also has a wide range of operating conditions: temperatures (up to 900 °C), secondary air in the freeboard, residence time, etc. The gas cleaning system includes a filter to separate solid particles, a condenser to separate tar and water from gases and a scrubber for CO2 and H2S removal. The synthesis section consists of a high-pressure catalytic reactor (up to 100 bar), which includes the valves and process layout inside a hot box to avoid possible condensation of volatile products, while also efficiently preheating the reactants. The unit includes two reactors and valves inside the hot box, 5 mass flow controllers (MFC's), a micro-regulation pressure control system, a high-pressure liquid/liquid/gas separator with a capacitive level sensor characterized by very low dead volume. All of the common elements are designed to work in continuous mode. A six-way valve makes it possible to bypass the reactor before reaction begins, while stabilization and feed analysis are taking place. The gas analysis is performed with a gas chromatograph (Agilent 7890B) equipped with a double-column system, connected to a flame ionized detector (FID, for carbon-containing compounds) and thermal conductivity detector (TCD, for permanent gases) as well as an offline gas chromatograph coupled with a mass spectrometer (Agilent 7890A and Agilent 5977A MSD).

Among the various strategies to reduce carbon dioxide emissions, novel process technologies for CO2-recycling are currently attracting a great scientific and technological interest. If the captured CO2 were used as “reagent” through its hydrogenation in the production of a marketable product, CCU technologies could become not only economically viable but also a profitable business. One of the methods of capture is to convert the CO2 to methanol that is an industrially important chemical as it acts as a feedstock for the synthesis of various chemicals. Catalytic synthesis is the most developed conversion method for enhanced carbon recovery. The facility had been initially conceived and designed for the production of methanol from CO2. However, the system has proven to be extremely flexible, since with small changes of the operating conditions and type of catalyst, it can be used for the production of a wide range of chemicals and liquid fuels, included dimethyl ether, gasoline and diesel, as well as to test different type of catalysts. This equipment has been designed as a universal basic unit that can be modified. It features a large number of main configurations and options for upgrading the unit to adapt the system to the researcher’s requirements.

The facility is located in a laboratory of the Sotacarbo Research Centre. All the services, instruments and the other facilities of Sotacarbo are therefore available in support of the research activities performed at the XtL Pilot, such as: biomass characterization, biomass preparation, liquid fuel analysis, etc. 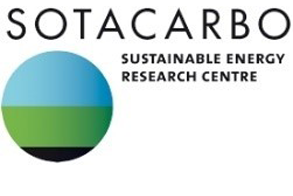 Activities / tests / data are:
State of Quality: No risks are associated to the present facility

Operational or other constraints