The “CO2_box” is an experimental facility composed by two apparatuses: 1) a phase equilibrium test rig based on a sapphire cell used to perform vapour-liquid equilibrium measurements. 2) a single phase test rig based on a vibrating tube densimeter, which provides single-phase pressure-density-temperature (p, r, T) measurements. The basic equipment has been designed and manufactured in collaboration with “ARMINES, Centre of Thermodynamics and Processes”, established at MINES ParisTech. The phase equilibrium test rig enables the measurement of Vapour-Liquid Equilibrium (VLE) thermodynamic properties (P, T, x, y) of different fluids based on CO2, N2, O2, CO, H2S, SO2, Ar, CH3OH, Organic Rankine Cycles (ORCs) working fluids and refrigerants. Operating conditions range respectively from 213 K to 473 K and from 1-20 MPa. The apparatus is based on a static-analytical method, therefore coexisting phases remain inside the cell during measurements (static method) and compositions of both liquid and vapour phases are determined by sampling and then by analysing them (analytical method) through a gas chromatograph (GC) . The VLE apparatus, shown in Figure 1 (c), consists of a measurement circuit and two systems for loading, respectively, liquid and gaseous components in the equilibrium cell. In particular, the measurement circuit is composed by: - pressure and temperature measurement devices; - a cell in which vapour and liquid phases of the mixture are in equilibrium; - a sampling device for withdrawing vapour and liquid samples from the cell; - a gas chromatograph for measuring samples composition; - a thermostatic bath that controls temperature of the equilibrium cell. The PvT apparatus (Figure 1, “a”) allows to carry out simultaneous measurements of density, pressure and temperature in order to evaluate the volumetric behavior of a single phase fluid (pure substance or mixture). Temperature measurements in a range of 263.15 – 423.15 K are provided by calibrated probes (±0.05 K estimated uncertainty), meanwhile pressure measurements are recorded by two sensors within a pressure operating envelope of 1-20 MPa. The equipment also includes a vibrating tube densimeter, whose vibrating periods are converted to density values by means of the forced path mechanical calibration model proposed by Richon and Bouchot (uncertainty on vibrating period equal to 10-8 s). Set-point temperature is kept constant inside the vibrating tube densimeter and inside the measurement circuit by means of two thermoregulated baths.

The CO2_box will be part of the H2020 SCARABEUS project (Supercritical CARbon dioxide/Alternative fluids Blends for Efficiency Upgrade of Solar power plant – Grant Agreement n° 814985), financed by European Union and focusing on the evaluation of the thermodynamic behaviour of complex mixtures for renewable energy conversion.

The instrumental equipment has been used to collect data needed for thermodynamic modelling in several regional (e.g. ECATE, Tecnopolo projects co-founded by Emilia Romagna Region) projects. The aims were to calibrate the Equations of State used for modelling equipment units and processes involved in CO2 capture and purification processes. These properties are also relevant for the design and operation control of CO2 transportation pipelines (or tanks, in case ship transport is considered).

The peculiarity of the CO2_box consists in the possibility of performing Vapor-Liquid Equilibria (VLE) measurements to predict the thermodynamic properties of mixtures. Based on a static-analytical method, the recorded variables during the VLE measurements are liquid and vapour molar fractions of each component, temperature T and pressure P. The thermodynamic properties of these CO2-based mixtures can be derived from an equation of state model in which the semi-empirical parameters will be regressed by minimizing the discrepancies between model predictions and experimental data. Applications to additional fluids and mixtures different from CO2-based.

The team, led by Prof. Consonni (Politecnico di Milano), can provide independent scientific support by conducting: - Equation of state implementation and calibration, either with process simulation software or with models implemented ad hoc (in Matlab or other environment); - Modelling and simulation of CO2 capture processes involving complex phase equilibrium with mixtures and solvents. 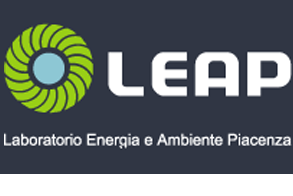 Availability per year (in UA)
Available upon request with reasonable notice, depending on already scheduled experimental campaigns.
Present facility state of access
Partially Accessible
If not fully accessible, please specify the expected impact on services until access is fully restored.
Duration of a typical access (average) and number of external users expected for that access
We are generally flexible, but the duration of access and the number of external users will be evaluated case by case.

Operational or other constraints

Specific risks:
Specific risks to be evaluated with the proponent, depending on the fluid to be tested. Mitigation actions (preventive and protective) are implemented after evaluation of the research proposal in accordance to Italian Legislative Decree n. 81/08 and related amendments.
Legal issues:
To be decided based on the specific activities required by the proponent.