ECCSEL is registered as a permanent legal entity, an ERIC.

ECCSEL operations are coordinated by ECCSEL ERIC. An ERIC is a specific legal entity created by the European Commission for large European Research Infrastructures. ECCSEL ERIC is one of the 21 currently existing ERICs and it's head office is located in Trondheim, Norway.

The Head Office of ECCSEL ERIC is coordinating the research infrastructure's central access and operations. ECCSEL has a Director, a General Assembly, a Research Infrastructure Coordination Committee, and Scientific, Industry and Ethical Advisory Boards.

The Operations Centre is ECCSEL ERIC's main office and location of the ECCSEL ERIC management. It is responsible for central management and planning as well as coordination of the infrastructure operations and development.

The Scientific Advisory Board (SAB) controls the scientific quality of the services offered by ECCSEL, the organisation’s scientific policies, procedures and future plans. The SAB consist of:

The Ethics and Environmental Advisory Board is consulted at least once a year on any ethical and environmental issues facing ECCSEL.

The Industrial Advisory Group (IAG) consist of representatives from industrial sectors. It gives advice on commercial application of CCUS technologies. IAG members are:

The Research Infrastructure Coordination Committee (RICC) has a supportive and advisory function and consists of representatives of the ECCSEL facilities and the Director. The task of the RICC is to strengthen the collaboration between the facilities and contribute to experimental research. RICC members are:

Background information: What is an ERIC? 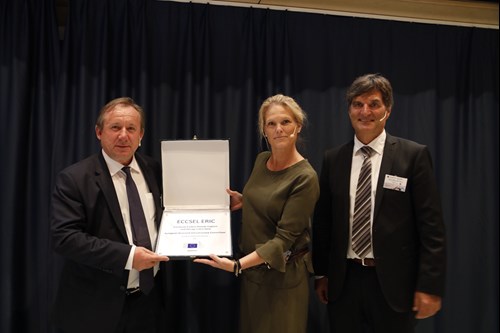 ECCSEL ERIC is registered in the Norwegian Company Registry with the organisation number 919298243.